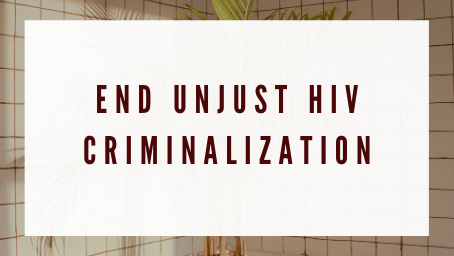 YouthCO is proud to endorse the Canadian Coalition to Reform HIV Criminalization's (CCHRC) Community Consensus Statement, released this World AIDS Day. As an organization, we stand against the criminalization of HIV non-disclosure, and the stigma and fear it perpetuates with its outdated evidence about how HIV is and is not passed.

The Community Consensus Statement outlines a shared critique of Canada’s approach to HIV criminalization. Written by the leading agencies working on this issue, the Community Consensus Statement includes specific actions to be taken by federal, provincial, and territorial governments to end unjust criminal prosecutions against people living with HIV. The statement and related advocacy documents can be found on the Canadian Coalition to Reform HIV Criminalization's website.

The full text of the statement, including a full list of endorses, can also be found here.