"It does not make sense to us that only one person – the person living with HIV – should face criminal punishment in a situation when no one brought up HIV before sex."

Another case of what we now know as HIV non-disclosure made its way to the Supreme Court in 2012. Despite extensive advocacy, the court decided those of us living with HIV who are either a) having penetrative sex without a condom or b) using a condom, and have more than 1,500 copies of HIV per milliliter of blood (also referred to as “viral load”) have a legal obligation to disclose our HIV status. These decisions have unfortunately made Canada a world leader (and not in a good way) when it comes to prosecuting HIV-positive people. 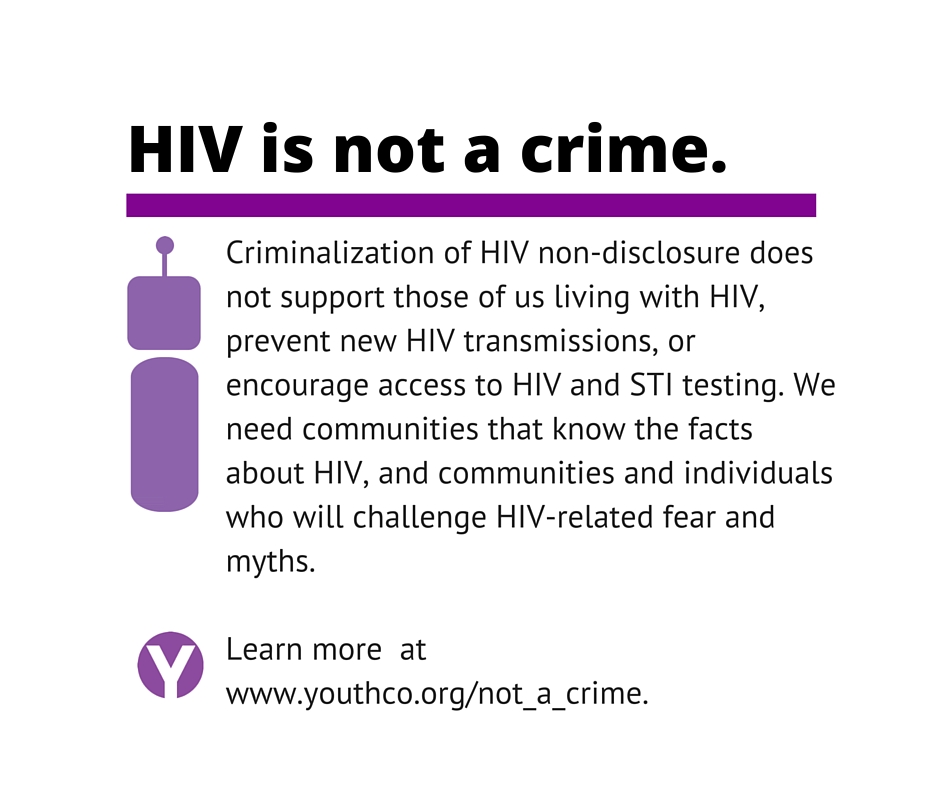 We also oppose the HIV non-disclosure law because it does nothing to prevent new cases of HIV. The law further marginalizes oppressed groups, including women experiencing violence, indigenous women, people who have immigrated to Canada, and people of colour. The reasons to oppose this law do not end here: we've got a full position paper and a short video that outline more reasons we oppose this law.

As an alternative to this law, YouthCO works to build communities that share responsibility for sexual health. To do so, our members and staff create opportunities for youth to get more comfortable talking with sex partners about HIV and condom use, asking questions of their health care providers, and learning about how HIV is and is not passed. In this work, we also affirm that those of us who are HIV-positive have the right to healthy and satisfying sex lives.